YouTube star and ‘Dance Moms’ alum JoJo Siwa, a hero to young girls, comes out as gay with her usual kid-in-a-candy-store exuberance

But the truth is there’s really no one like former child star JoJo Siwa at 17, with her oversize hair bows, her signature super-tight side ponytail, her big raspy voice and her wholesome, rainbow-bright music videos, one of which has more than 930 million views.

She’s the babysitter or summer camp counselor of a 7-year-old’s dreams, the big girl that little girls want to grow up to be.

And now she’s something else as well: a role model for LGBTQ youth.

In a few typically exuberant steps starting last week, Siwa announced to her 31.6 million TikTok followers and her 10.3 million Instagram followers that she is romantically interested in girls as well as boys.

First, she went on TikTok and danced to Lady Gaga’s “Born This Way,” widely viewed as an LGBTQ anthem. Then on Friday she posted a photo on Twitter with the caption “My cousin gave me a new shirt.” The shirt says “Best. Gay. Cousin. Ever.” Finally, in an Instagram Live on Saturday, Siwa affirmed that she is part of the LGBTQ community, thanked fans for their support and said she was the happiest she had ever been.

She declined to put a specific label on her sexual orientation, but in what appeared to be a response to a fan’s question, she elaborated.

The reaction on social media was mainly very positive, with celebrities and everyday people declaring that this was a big moment, in part because of Siwa’s mainstream appeal, and in part because of the size and age of her fan base.

One of the themes among LGBTQ people and their allies was gleeful surprise.

Celebrities including Ellen DeGeneres and Paris Hilton signaled their support, and members of the gay community and their allies welcomed Siwa with open arms.

On Instagram, some parents were dismayed by the news, with at least one saying she would no longer allow her daughter to watch Siwa, whose YouTube channel draws 12 million subscribers.

But other parents responded with joy, including one who wrote, “This is HUGE, and such a profound statement for so many kiddos out there!! Our daughter loves you, and I rushed into her room last night when I heard, and had the longest talk with her about you coming out! What incredible representation she gets not just from her Moms, but from her idol as well!! How awesome is that?! Love your bravery, love your enthusiasm, and love that you have chosen YOU and your truth!! Thank you for being such an incredible example for so many! All the love, and welcome to the fam 🌈❤️”

On a private Chicago-area Facebook page for parents and allies of LGBTQ youth, all the responses were very positive.

Siwa, veteran of the reality show “Dance Moms,” has drawn snide remarks at times for her child-friendly fashion choices: the huge hair bows, the sequins and glitter, the bright aquas and shrill pinks. Some of the haters sniffed that she should act her age.

But her remarkable consistency — she never seems to break character — as well as her stance against mean girls and her seemingly boundless enthusiasm for wholesome, G-rated fun, have won respect from mainstream critics, with Time Magazine naming her one of its 100 Most Influential People of 2020.

In an essay accompanying the announcement, Kim Kardashian wrote, “JoJo Siwa is a ray of sunshine in a world that seems scary right now ... It’s no wonder my 7-year-old daughter North and millions of other children around the world adore her.”

Some observers speculated that Siwa’s coming out may signal a new stage in her career, in which she embraces a more mature image, perhaps a variation on Miley Cyrus’ transition from Disney sweetheart to outspoken pop star.

Others just wanted to throw the social media equivalent of kisses, bouquets and love notes.

Put on your high top shoes and dance like nobody’s watching with this Teen Pop Star Party Performer! Her big bow matches her big personality and the fun never ends when everyone is kind to one another! Party Entertainment is what we do well and our pop star performer will sing and dance her way to the top with your group of kids. If you’re planning a JoJo Siwa Themed Party, our pop star performer will teach the kids some awesome dance moves while singing their favorite tunes.

We encourage kids to dance away their stress and celebrate their birthday or special occasions in the most exciting way possible! Glitter, sparkles and giant JoJo bow-bows set the mood for this teen pop star party! Your JoJo Siwa themed party will include singing, dancing, balloons, games, prizes and a special gift from our teen pop star performer for the birthday child!

If you’re out of kids birthday party ideas and your kids love JoJo Siwa, then consider this fun and unique pop star party performer. We just wanna dance and we know your kids do too! Call and book this amazing pop star party package today!

JoJo Siwa is getting animated.

Nickelodeon is debuting a new animated series, The JoJo & BowBow Show Show, featuring the social media star and her beloved dog BowBow on its YouTube channel on Saturday, Sept. 22. Six episodes have been ordered.

Each episode of series of three- to five-minute animated shorts tells a brand-new story that comically reveals how BowBow is way more than just a furry bestie.

The animated shorts were made at Nickelodeon’s Entertainment Lab in the network’s Burbank headquarters.

Check out the first look at the series above.

In addition, Nickelodeon is debuting a second season of Lip Sync Battle Shorties, co-hosted by Siwa, on Sunday, Oct. 21 at 7 p.m. ET/PT. 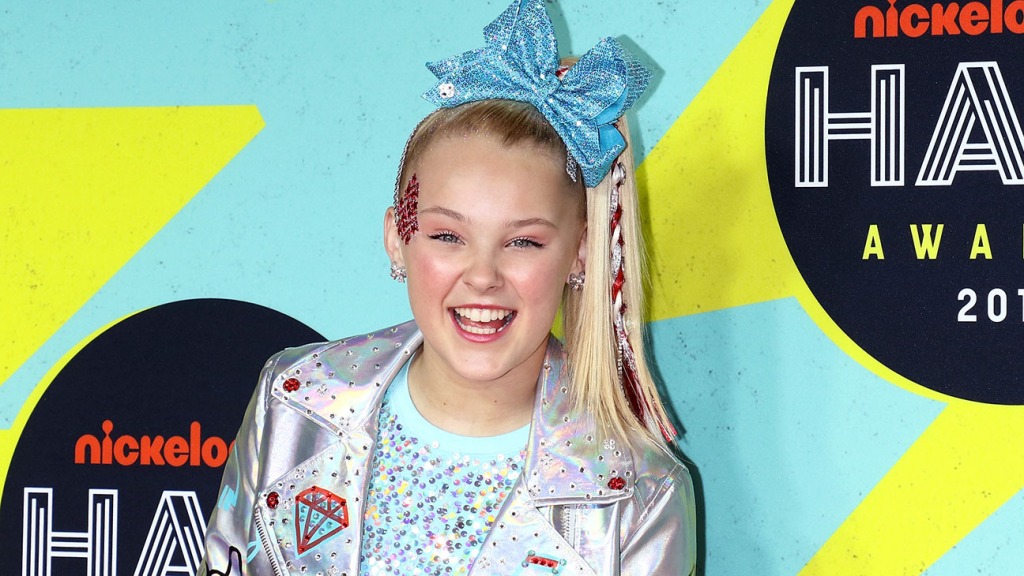 Sign up for THR news straight to your inbox every day

They brought big apples and moonshine, and from here they brought apricots and seeds (they hardly grow in Russia). Zina is my mother-in-law's sister. In general, when my wife Tatyana was 15 years old, these guests came with their children in the summer.

When his penis reached its maximum size, she put it in her mouth and began to suck. -I'm now. - He wanted to say but could not.

NEW! BEHIND THE VOICES CELEBRITIES (JOJO SIWA, FROZEN) MUST SEE IN 2020

Even we officers in Germany want freedom. Do you agree. Asking this question, he gently shifted his hand from the thin waist of the seductive nationalist to. in general, a little lower. Our girls giggled and winked very approvingly at him more boldly, dear Georges.

I put an enema to this hole. - Over here. I asked. - Yes: my aunt answered, breathing heavily.