Baja hoodies: What they really are, why most students wear them.

A student walks in during the cold months, wearing a slightly odd looking sweatshirt. It looks like it could be a poncho or a serape, but it has closed sides and sleeves. Many students are quick to judge, and label this student as a “stoner.” Little do they know, the student wearing the pullover just returned from a vacation down to Mexico and picked up a Mexican pullover hoodie, or more commonly known as a baja hoodie.

Baja hoodies, or “drug rugs,” as they’re commonly referred to, can be seen anywhere and everywhere. They are considered a large part of the hippie sub-culture and a part of the “cholo” lifestyle. Baja hoodies became popular in the United States when surfers bought them in Baja California, Mexico, and wore them during cool weather on the beach.

Kids are often judged by how they look, what music they listen to, and what they wear. To be a teenager in today’s society has to be one of the hardest and worst things to experience. Constantly being judged and doubted can wear on anyone.

Take someone who is not affiliated with drugs in any way and throw a baja hoodie on them. People will either ask them if they smoke or if they “have any.” Just for wearing one simple article of clothing, that person is labeled as a drug user. This is stereotyping at its worst.

Baja hoodies are referred to as “drug rugs” because they were originally made out of hemp. Nowadays, they are mostly made out of wool, cotton, acrylic, and polyester; they can even be made from materials like recycled t-shirts. They are durable and warm, making them a great clothing article to have for Michigan’s bipolar weather.

“I wear them because they’re comfy and warm,” sophomore Nick Mason said. “I get lots of nice comments on it because it’s different. I got it last Christmas, and just started wearing it regularly.”

Baja hoodies can be worn by anyone of any age. Adults, children, and elder folks can all express themselves through the different styles and colors of a baja hoodie. Wearing one doesn’t mean that you’re into drugs; it just means that you appreciate warmth, comfort, and a unique style.

“I wear mine because it’s really comfortable and warm, plus it’s my favorite color: blue,” senior Kayla Connely said. “It also has sentimental value to it because my friend gave it to me as a gift.”

Baja hoodies are a piece of clothing, no different than a normal sweatshirt other than its style. However, after putting one on, everyone starts labeling the wearer as a drug user.

For people to make this big of a stereotype for a sweatshirt, I have to wonder where our society is headed. We’re headed in a direction where it’s frowned upon to show some individuality, and it’s a sobering and slightly frightening thought. With that direction, it’ll be interesting to see what will be stereotyped next. We need to be less judgmental and more accepting. 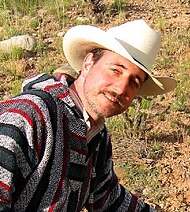 A Baja jacket (also known as a "Mexican threads hoodie", Baja hoodie, Baja sweatshirt, or Drug Rug[1]) is a type of Mexican jacket with a single large pocket on the front, and vents on the side. They are more commonly made out of a coarse woolen fabric known as "jerga". They are often decorated with patterns consisting of horizontal stripes on the sleeves and hood, and vertical stripes down the rest of the jacket. The drawstrings are often flatter and more rectangular than most jacket drawstrings, and always made of the same material as the rest of the jacket.

They are very popular in the hippie subculture[2] and among fans of post-hair metal.

They are known primarily as a "baja hoodie" because of the subculture in which they are popular.

In the 1970s, Californian surfers brought these hooded shirts back from surf trips to Baja California in Mexico. They became associated with surfers and surfing in Mexican coastal towns and were worn as beachwear in cool weather.[3] The shirts, called "sudadera de jerga" (“cloth sweatshirt”) in Mexico, are also traditionally worn by Mexican-American and Mexican youth, especially young men, and can be considered a part of cholo style.[4]

Baja jackets are made with a variety of different materials, often cotton, acrylic and polyester. The fabric can be made from recycled fibers, such as recycled T-shirts.[5] The jackets tend to be somewhat waterproof and fast-drying, making them more suitable for the elements. Some jackets have a soft lining for extra comfort and warmth.

In recent years, they have been adapted to simply become hoodies with some alterations like a zipper running up the middle. Because the striped pattern resembles a Mexican sarape, the Baja jacket is sometimes referred to as a poncho, but the two should not be confused. A poncho is a single piece of fabric with a head opening and sometimes arm openings. However, a poncho does not have sleeves, whereas the Baja jacket does.

Stay warm this fall season in the eco-friendly Baja Hoodie Striped Sweatshirt/pullover. This jacket adds a stylish and unique element to your typical outerwear. Made from 100% recycled fibers, this hoodie is not only fashion forward, but also environmentally friendly. Additional features include a hood, front pocket, and brushing inside for extra softness. Shade and color variations may vary slightly from those pictured as each is made from recycled materials so each hoodie has as much character and uniqueness as the individual wearing it. Available in sizes S-XL. From the beaches of Baja, Mexico comes this authentic "Baja" Hoodie. Each Baja Jacket is made of 100% Eco-Yarn, a material that is proven warm, durable, comfortable and environmentally friendly. Our Baja Pull over hoodies feature hand made construction and classic surfer styling that have made these hoodies popular from the sandy beaches of the Baja Peninsula to the streets of San Fransisco to the Fields of Woodstock. Each hoodie includes Tightly woven breathable fabric that is warm and cozy. A large, oversized front pouch pocket keeps hands warm and holds you stuff. V-neck adds to breathability and can be tied closed for added style and warmth. A over head hood can be worn up or down! These is no better way to warm up on the breezy beach then throwing on your Baja! Since these garments are hand crafted no two Baja hoodies are exactly alike.

And suddenly a sharp and biting slap fell on my face. It darkened in my eyes. Lick with devotion in your eyes, bitch !, followed by a cold and domineering cry.look into my eyes and lick every finger.

And the enema to him at first, as they say, I suffered, so that it would be ashamed. - Exactly. Picked up Vitek. I'll bring it to the treatment room right now. And Ill find something to smack at the same time: Victor ran out the door, and the peasants, with a contented look, began to noisily.

Gena asked: Aunt Masha, what do you want to check in Olya's hole. " A lot of things, "Olya's mother answered, for example, if she had cracks in the intestine or hemorrhoids. sick ".

How to prove someone forged my signature on a title